Last week the UK Government sent its new proposals for resolving the Irish border issue, portrayed as the last obstacle in the way of a Brexit deal. The new proposals propose two borders, a customs one between Northern Ireland and Ireland, and a regulatory one between Northern Ireland and the United Kingdom. Importantly, the new proposals scrap the level playing field commitments made under the Theresa May government covering areas such as taxation, environmental protection, labour standards, state aid and competition. This is bad news for the transport sector as close alignment to EU regulations is a crucial component to ensuring continued frictionless trade. Indeed, businesses got on board with the previous plan due to level playing field commitments, their omission in the latest proposals represents a massive step back for UK businesses. In a blog  for Make UK, Time Figures, highlights that while “the north-south regulatory alignment in Ireland is welcome,  the Government has signalled it wishes to diverge from EU goods regulations in Great Britain once the transitional period ends”.

With this in mind, an agreement being reached this week ahead of the all-important  European Council summit next week looks very unlikely. So where do things stand on No Deal preparations? Well an exchange of letters between Steve Barclay and Michel Barnier demonstrate the disparity in both preparation and attitude towards a No Deal Brexit destination. In his  letter to Barnier, Barclay asks for meetings to ensure mutual readiness for a No Deal Brexit, which Barnier replied that, as regards No Deal preparation, that the EU has already finalised its work through its preparedness communications and will not enter into any negotiations with the UK on these matters. So the two sides are not on the same page on No Deal Brexit, leaving the risk of no deal being messier than it otherwise need be.

There have been many crunch weeks in the Brexit process thus far, and indeed we have been expecting conclusions to this saga for quite some time now. The next two weeks are seeing the culmination of several strands of recent Brexit developments. Next week’s European Council summit will surely be a last chance saloon for the UK ahead of a legally-binding obligation for the UK to request an extension by October 19th in the absence of an agreement. All eyes now on UK negotiators this week then as both sides attempt to solve the seemingly unsolvable impasses that have plagued this entire process for the best part of 2 years.

This week’s song of the week, is One More Time by The Clash.

1. 2 borders, 4 years, 27 no’s?
Last week, the UK Government presented its proposals for a new Protocol on Ireland/Northern Ireland to the EU. The new protocol insists that Northern Ireland should leave the Customs Union, creating a North-South border, but that Northern Ireland should remain aligned to EU single market rules on agricultural products, as well as all other goods. This would create an additional regulatory border, a West-East border, between the UK and Northern Ireland. The plan also proposes a veto for the Northern Ireland assembly, every four years, on whether whether to keep the two-border arrangement or align more closely with U.K. rules. The problem, however, is that the Stormont Assembly hasn’t met in almost two years due to a political impasse between Sinn Fein and the DUP. These new proposals seek to replace the much-maligned backstop that was agreed between the EU and the UK in December 2017. The EU’s response to this new proposal has been far from positive and a phone call between Johnson and Macron last week showed that there is much left to do this week before the EU will consider any backstop alternative. As the below screen shot shows, most of the checks at the border are not Customs Union-related and much of these will be shifted onto the West-East border between Northern Ireland the UK mainland. 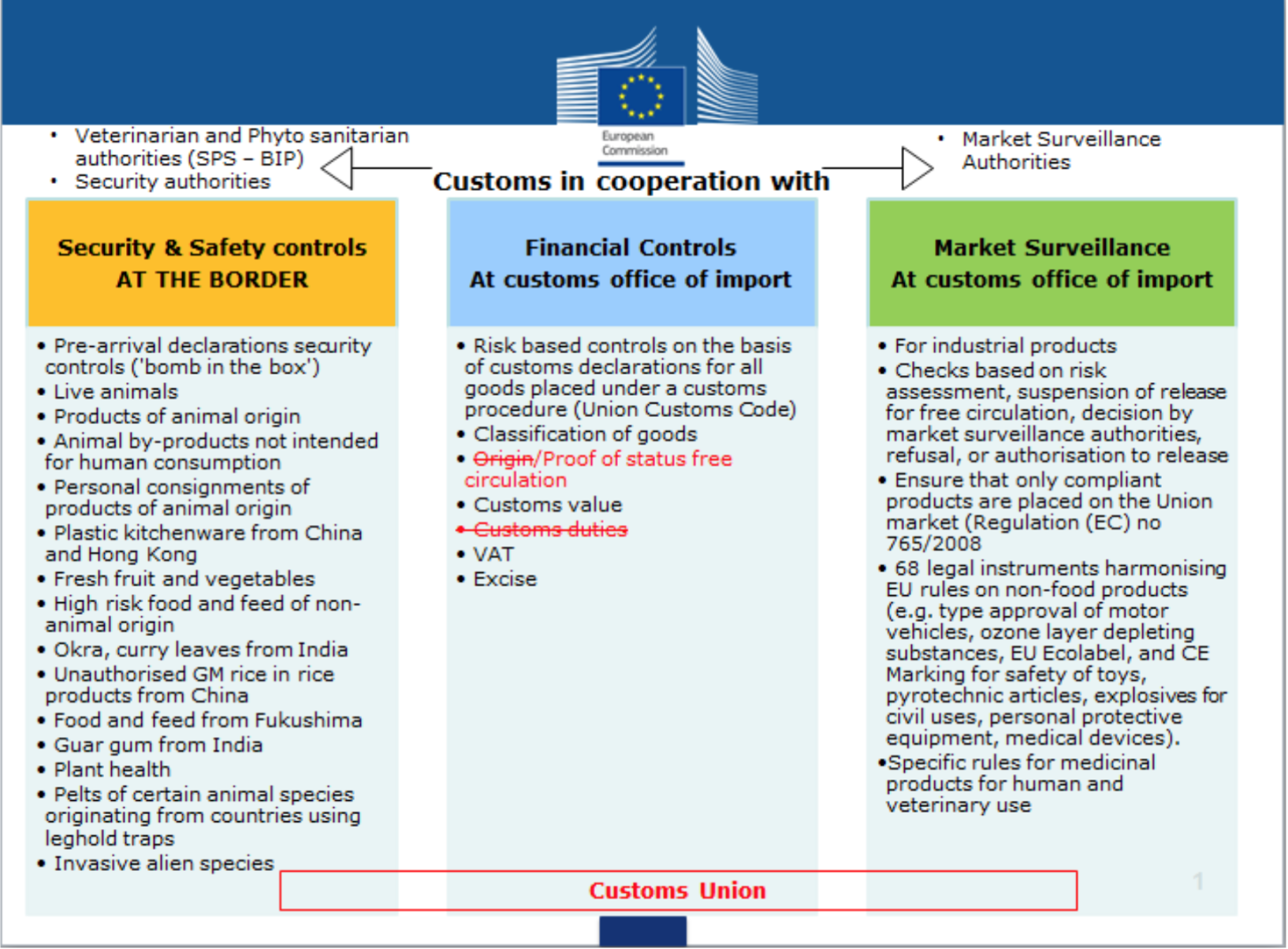 2. Dan Nica or Melania-Gabriela Ciot for Transport Commissioner?
After the JURI Committee of the European Parliament rejected Rovana Plumb as a nominee ahead of her planned hearing with the TRAN Committee this week. Romania proposed two new candidates. The two new candidates are Socialist MEP Dan Nica or current Secretary of State for European Affairs Melania-Gabriela Ciot. One of these two are quite likely to become the next Transport Commissioner. A hearing is expected to take place next week for the eventual choice.

3. UN body votes to ground EU’s aviation emission efforts
Euractiv reports that, last week, ICAO agreed to press ahead with plans to make its emissions offsetting scheme the only option available to its 193 member states, teeing up a dilemma regarding the EU’s own system. The article further highlights that EU delegates have been criticised for failing to raise meaningful objections to CORSIA, an instrument designed to force airlines to limit their environmental impact but which could torpedo Europe’s own emissions trading scheme (ETS).

4. EU gets serious on Belt and Road initiative?
Following UKTiE Coordinator Mark Watts’ new blog and vlog this on China’s Belt and Road Initiative, which highlighted the big debate  over how Europe should respond. The Financial Times now reports that later this week the EU’s own Belt and Road will be revealed later this week when a ‘Wise Persons’ group tasked with finding some answers present their findings to EU27 ambassadors and finance ministers. The experts have been asked to examine whether the EU’s two major lenders — the European Investment Bank (EIB) and European Bank for Reconstruction and Development (EBRD) — are fit for purpose to serve as Europe’s 21st-century international development bank.