The pace of these negotiations will be frantic and a lot will need to be discussed and debated between the two sides if the negotiators want to achieve enough to keep the UK at the negotiating table beyond June. Although the timetable is a challenge for both sides, each also has specific challenges to bear in mind. The EU’s challenge is how to maintain its red lines while achieving enough progress in the negotiations to keep the UK at the negotiation table beyond June and possible convincing it of the need for an extension. For the UK, the challenge is the following: how much can the UK compromise before any UK-EU deal becomes politically difficult for the Government to accept?

These are but a few of the challenges that both sides will be facing. In light of these negotiation UKTiE is co-hosting an event with the UK Mission to the EU, the Department for Transport and the Foreign Office in London on Friday 27 March, to discuss what the UK’s transport priorities will be and how we can continue to show leadership at European and global level. Finding and understanding UK Transport stakeholders’ concerns and priorities for the future relationship between the UK and the EU will be a key part of this constructive ongoing dialogue that UKTiE and the UK Government have launched.  UKTiE has launched a similar dialogue with the EU side, and we will be continuing our constructive dialogue with Henrik Hololei, Director-General, at DG MOVE in the European Commission when we meet with him on 19 May. We will also be continuing our regular meetings with the incoming European Council presidencies as well as meeting with Barnier’s UK Task Force.

This week’s song of the week is First Day of the Rest of our Lives by MxPx. 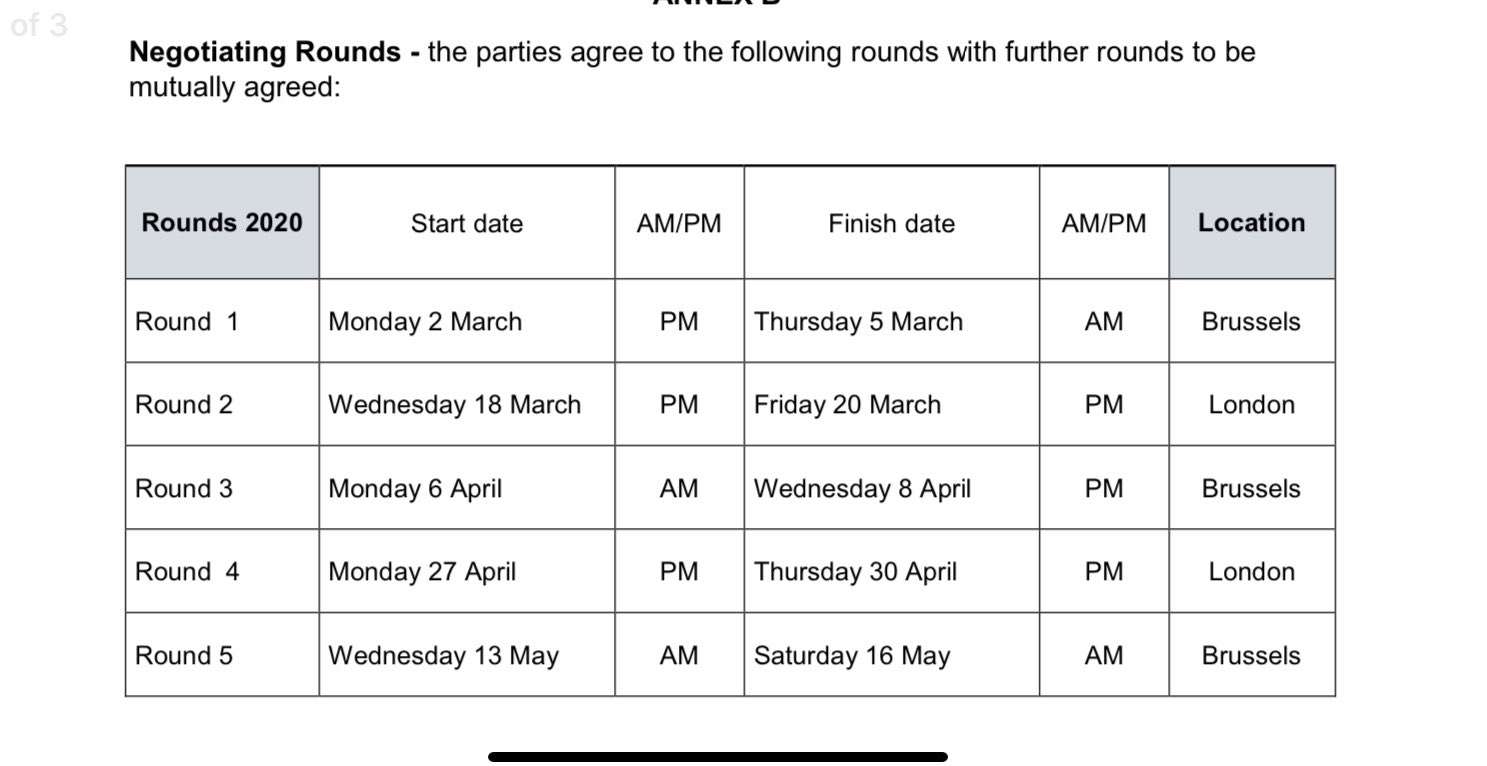 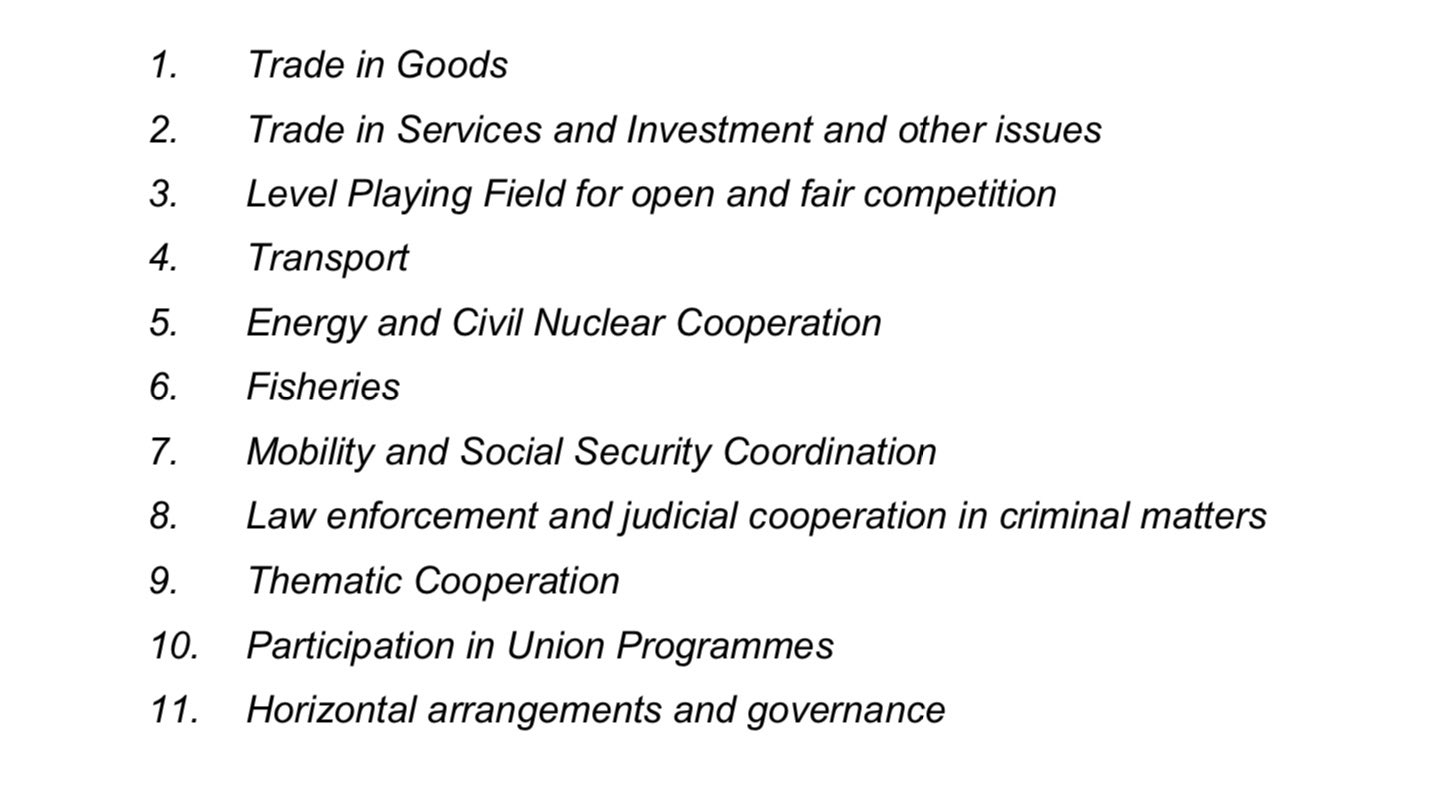 Negotiations are due to kick off today in Brussels, with a schedule of this week’s negotiations having already been published. Transport will be discussed both tomorrow and Wednesday.

2. Who is who on the EU negotiation side?
Politico has published a handy guide to the important people on both sides of the negotiation. Leading both sides will be Michel Barnier and David Frost. Of note will be David MacAllister, the German EPP MEP who is Chair of the European Parliament’s Foreign Affairs Committee, who will be the new Guy Verhofstadt for this phase of the negotiations as he will be leading the Parliament’s position on the future relations with the U.K. Dider Seeuws, head of the Council’s Working Party on the U.K, and João Vale de Almeida, the new EU ambassador to the U.K, will also be key figures in the negotiation room.

3. What does the European Green Deal mean for transport?
UKTiE Coordinator Mark Watts’ new blog and vlog on what the European Green Deal means for transport. He writes that the sheer scale of the European Green Deal, one of the most ambitious EU projects ever, is breathtaking. In scope, to become the world’s first carbon neutral continent by 2050. In speed, with a target of at least 55% cuts in carbon emissions by 2030. Where does this ambitious plan leave transport? Facing a greater challenge than any other sector, transport will need to confront its biggest challenges and opportunities since the invention of the internal combustion engine in the 19th Century.

4. UKTiE has also put together the latest timetable for Brexit. We will keep this up to date as the process develops: