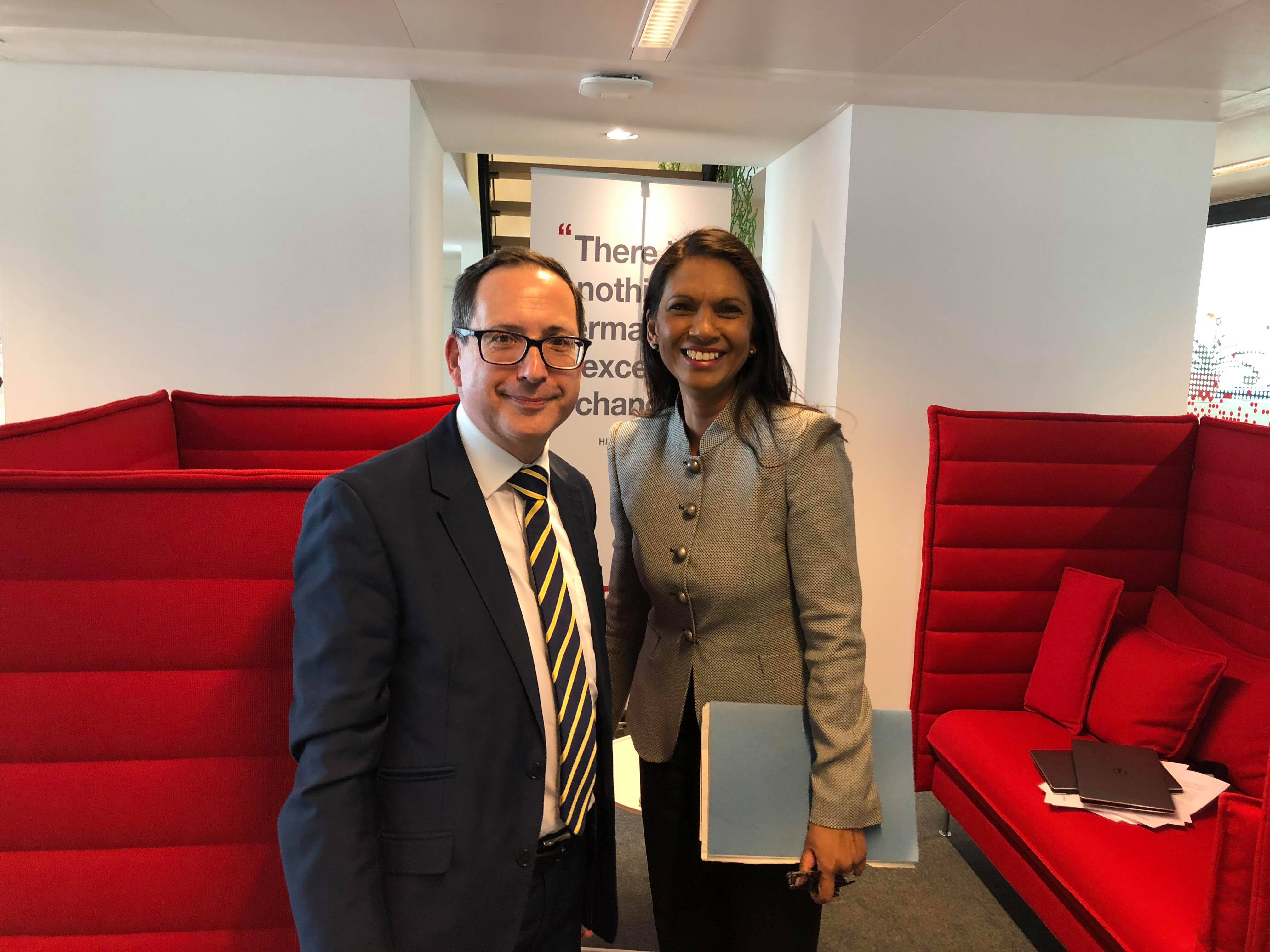 All parents on long journeys are familiar with the age-old question from the children in the back of the car, ‘are we there yet?’.  And in the context of today’s, not just one but two, historic Brexit deals that question will no doubt be asked by the transport sector. But the answer is unfortunately an emphatic ‘no’. We are well on our way, but we have a long and tortuous road ahead, and above all the UK Government haven’t defined where the ‘there’ is.  What sort of transport relationship does the UK want with the EU after Brexit?

That’s why, even before today’s Brexit deals,  UKTiE wrote to DExEU pressing David Davis to publish a ’Future Partnership Paper’ for our industry, which is critical to the economy, millions of livelihoods and connects businesses and communities across the UK and Europe. Three areas need to be addressed as a matter of priority in that Paper: 1. Access to a skilled workforce to backfill shortages; 2. Smooth customs processes, including the Irish border, for trade and travel; 3. Membership of EU Agencies to support standardisation facilitate cross-border air travel. We are pleased our 4th demand, namely a transition period to allow businesses the time to prepare for changes has been largely met by today’s deal.  Although there are serious risks outlined in our paper, UKTiE believes that there are practical solutions ahead if the UK Government makes transport a priority alongside its European partners. This is reflected in our goals of continued access to European talent, smooth customs processes, continued membership of EU transport agencies.

We welcome the fact that today the European Council today backed ‘as close as possible a partnership with the UK in the future’ and, in particular, highlights transport and seeks to ‘ensure continued connectivity between the UK and the EU after the UK withdrawal’, through an air, sea, road and rail agreements, combined while ensuring a strong level playing field in competition and state aid, tax, social, environment and regulatory measures and practices, but to achieve that it’s vital we set out our destination soon.

So the Prime Minster is right to demand a “new dynamic” in upcoming trade talks from our EU partners, but she should also demand the same from DExEU and DfT, who need to move up a gear and publish a ‘Future Partnership Paper’, so we all know where we’re heading. Then we can all work together to deliver a deal that is in everyone’s interests, and hopefully in a few months’ time we can answer the question ‘are we there yet’ with an emphatic ‘yes’!

1. EU formally approves Brexit transition
At the European Council summit today, EU leaders have formally backed a transition deal, within a wider Withdrawal Agreement. This paves the way for UK-EU trade talks to begin and removes one of the biggest business Brexit fears. The transition is time-limited, maintains the status-quo and will commence after the 29 March 2019 Brexit deadline and last until the end of 2020. Although securing a transition is not a panacea for all the Brexit consequences, as concerns amongst Brussels businesses remain concerned that a transition being achieved will overshadow the much-needed momentum to secure a good future relationship. The source of this fear? The belief that having secured a transition deal that the future relationship can just be hammered out during the transition. Reality paints a rather different picture, however, with a transition simply representing a very good first step. This first step, underpinned by Michel Barnier as falling within the ‘nothing is agreed until everything is agreed’ caveat, is not the end game. As the Guardian reports, nothing will be agreed until the UK and the EU are able to come to some agreement on the more contentious Withdrawal topics, governance of the agreement and Ireland. Would you like to help us maintain momentum in Brussels to achieve the best Brexit for business? Then join us!

2. UKTiE for UK to publish Future Partnership Paper for transport
UKTiE has sent a letter to David Davis, Secretary of State for Exiting the European Union. In the letter we have called for DExEU to publish a Future Partnership Paper’ for our industry that is critical to the economy, millions of livelihoods and connects businesses and communities across the UK and Europe. Attached to the letter, we sent DExEU a Brexit Position Paper where our position centered around 4 principles: 1) Access to a skilled workforce for the UK economy, 2) Smooth customs processes, 3) Membership of EU agencies, and 4) A clear transition agreement. UKTiE welcomes the agreed transition and encourages the UK government to publish a Future Partnership Paper for the transport sector to address our three remaining principles. We would  further welcome the creation of a dialogue with the EU and the UK government on the shape of a future transport agreement, reflecting our joint interest in promoting continued close cooperation, for the benefit of UK and European prosperity. As part of our efforts to reach out to all sides of the Brexit debate to make transport a priority, UKTiE met with Gina Miller this week.  What is your business doing to prepare itself for Brexit? Contact us if you would like to know more about the exposure you may face from Brexit supply chain disruptions.

3. EU future relationship guidelines released
We reported last week on the draft future relationship guidelines, the document was  amended throughout the week and was released today. On transport, the text affirms that “regarding transport services, the aim should be to ensure continued connectivity between the UK and the EU after the UK withdrawal. This could be achieved, inter alia, through an air transport agreement, combined with aviation safety and security agreements, as well as agreements on other modes of transport, while ensuring a strong level playing field in highly competitive sectors”. We are happy to see the transport sector getting formal recognition, but we are still not entirely satisfied with the level of attention it is receiving in the Brexit context.  If you would like to help make the case for continued transport alignment, then please join us.

4. This Week in Brussels- Norway option not dead yet?
UKTiE has heard from various business leaders here in Brussels that the Norway option is not only still alive, but as echoed in the Guardian, the transition deal may actually have paved the way for it to happen. Norway is certainly possible, but is it realistic? This is the debate currently happening in Brussels about the UK docking into EFTA/EEA as an ‘Easy Brexit’. There are many issues with this option, perhaps as problematic as securing a CETA+++, but it is an off-the-shelf model that the UK could seamlessly transition into (if the EFTA countries were to accept them of course). Some politicians in the UK are suddenly waking up to an option that has always been there, whilst some have been put off by the feasibility of such a Brexit model. The Economist has endorsed as the best way of ‘Brexiting’, an argument which may very well hold true but the Norway model is far from seamless and even farther from being fully understood.

5. Transitioning into what?
As James Hookham of the Freight Transport Association argues, a 21 month transition period will only allow for a passably working customs system to be set up. This echoes what the Financial Times reported when it argued that a 21 month transition is simply too short for both British businesses and the UK civil service. The FT further reports that many officials believe it is nowhere near long enough to deal with the huge structural changes needed in customs, immigration and the creation of new regulatory agencies. This comes in the wake of a Sunday Times article which reported the existence of a secret report presented to UK cabinet ministers last week, showing that Britain’s new customs system will not be ready once the transition is over in 2020.