‘Deal’ or ‘No Deal’, transport should be making preparations for the 29th March next year. There is much speculation of what ‘No Deal’ means, particularly as a result of potential severe disruption of the supply chain. The EU and more more recently the UK Government have been busy issuing technical notices, and more are due out this week for transport. I know that a lot of companies and organisations are well advanced in planning for a period of disruption.

But even a ‘Deal’ means the dawn of a new era where the regulations that affect road, rail, maritime and aviation operations are largely made in Brussels, yet we will have no formal representation in the rule proposing European Commission, or rule making European Council and European Parliament. The UK will become a lobby nation, and we will have to find new imaginative ways of informing and influencing regulations indirectly. That will be the key theme of our UKTiE Annual Forum. Of course, we can learn from the EFTA countries, or other major players like the US, China and Japan who have large missions in Brussels, but also their key industries are well represented too. So we’ve been spending time talking to them to understand how best we can continue to protect and promote our interests.  Please find the save the date for our forum here and please do let us know if you would like to attend.

The other challenge that will come with a deal is a long period of uncertainty. The ‘Withdrawal Agreement’ will facilitate a transitional arrangement of around 21 months, but the future trade deal will be referred to only in an outline form in a political declaration. It will not form part of the Brexit deal. The details, including for all modes of transport, customs and the transport supply industry, will have to be thrashed out as part of Free Trade Agreement negotiations which could take years. Why? Because unlike Article 50, the ‘Withdrawal Deal’ and transitional arrangement, a comprehensive and mixed FTA, which is what our industry needs, will have to be ratified by all the EU Member States in accordance with their constitutional requirements. In all cases, that means national Parliaments, and in some cases regional Parliaments too. To be precise, this would amount to 37 Parliaments, and the ratification process require unanimity. For example, the Canada deal, which is often cited as a template for the UK, took seven years to negotiate and has still not completed the long national approval process. So we are very much about to enter uncharted waters, even in a deal scenario. We have a massive task ahead of us to both continue to shape our regulatory environment, and protect and promote the best possible trading arrangements.

Finally, I launched my new monthly blog last week. I covered  the push for autonomous transport within the European Parliament but I also discussed some of the unresolved issues that need to be ironed out.

This week’s song of the week, dedicated to the tough month ahead for Theresa May, is Green Day’s Wake Me Up When September Ends. Enjoy!

1. Mark Watts’ Monthly Transport Blog
Each month, Mark Watts, UKTiE Coordinator, will bring to us his monthly transport blog where he will offer his take on some of the key priorities on the Brussels transport regulatory scene. This month, in his blog, Mark writes that “sooner than anyone can imagine, we will be starting the new school term, in cities like Brussels, faced with one less thing to worry about. Sending our kids to school, in autonomous vehicles or modern trams, will be a real pleasure”. The question is, however, what work is being done behind the scenes on improving public acceptance and integration of autonomous technologies into public transport? To read more, you can find Mark’s full blog here. 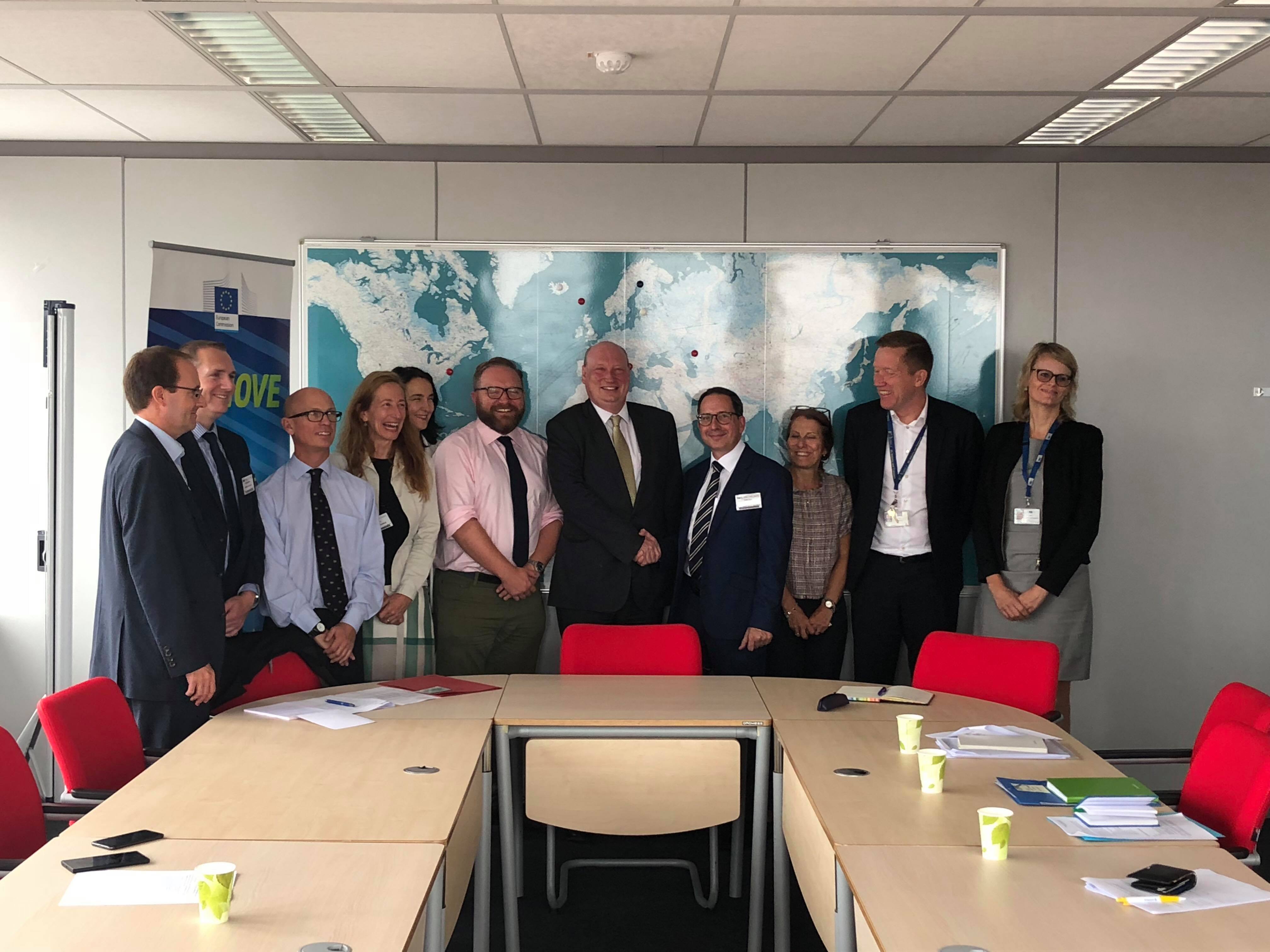 Last week, UKTiE met with Henrik Hololei (Director-General, DG MOVE) as part of our regular dialogue with DG MOVE. We look forward to intensifying our exchange of views over the coming months with him. The next day, Henrik Hololei had an Exchange of Views of the TRAN Committee on a variety of subjects affecting European transport. UKTiE members can find a summary of the meeting here. If you would like to also benefit from EU transport monitoring, please do join us.

4. The Sound of Music in Salzburg?
As the Financial Times reports, the EU is prepared to issue new instructions to help close a deal with Britain, in a conciliatory move that will bolster Theresa May as she suffers savage attacks from Brexiters at home. The possibility of such new instructions being issued will be discussed at the informal summit in Salzburg this month between the EU’s 27 remaining leaders. In what is turning out to be one of the most significant Brexit discussions since the UK triggered Article 50, the issuance of supplementary guidelines following the informal summit in Salzburg could be music to Theresa May’s ears. The Financial Times references an EU diplomat calling it “save Theresa” operation. What we see here is the reemergence of one of Brexit’s most compelling plot lines, a rigid EU bloc needing to decide if they are willing to compromise with Theresa May through fear of who comes next should her government collapse. With the “Chuck Chequers” movement, spearheaded by Boris Johnson, growing in momentum and the torrid domestic environment that Theresa May faces, the EU is questioning whether vagueness over Brexit’s key issues will be the silver bullet for a Withdrawal Agreement ahead of March 2019.  If you would like to more information on what the EU27 are doing to prepare the transport sector for Brexit, then please do get in touch with us.

5. EU Environment Committee set to back 45 percent cut target for CO2 from cars and vans by 2030
A vote taking place today in the European Parliament’s Environment Committee could see the adoption of the draft report on emission performance standards for new passenger cars and for new light commercial vehicles. This draft report proposes a more ambitious carbon dioxide reduction target for fleets of cars and vans of 45 percent by 2030 and an interim goal of a 20 percent reduction by 2025. This would change the original European Commission proposal of a 30 percent target. However, the EPP is backing the Commission’s 30 percent target which means the more ambitious 45 percent target will most likely not make it through Parliament.