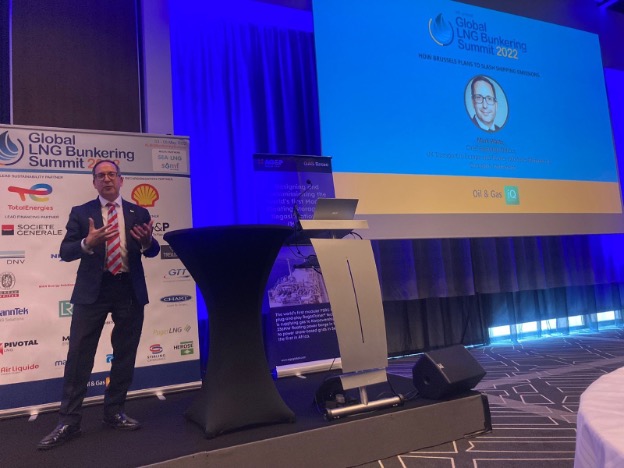 Opposing the Russian invasion of Ukraine, boosting the economic recovery from the pandemic and rolling out the European Green deal continue to dominate everything in Brussels.

In contrast to London, where uncertainty continues to prevail, the EU has been busy regulating, windfall taxing, subsidising, innovating and investing.

In her recent State of the Union address President of the European Commission Ursula von der Leyen outlined flagship initiatives which the Commission plans to undertake in the coming year.

Continuing to strongly support Ukraine and its people, including by mobilising the full power of the EU’s Single Market, putting in place measures to support Europeans in weathering the energy crisis and supporting the business environment are her priorities, together with measures to cut the EU’s dependency on Russian fossil fuels, and working closely with reliable suppliers.

EU ministers last week backed her proposed new emergency measures to tackle the energy crisis, including a mandatory target to reduce electricity consumption by 5% at peak hours and two new revenue-creating levies to help protect households and businesses through a windfall tax of the extraordinarily profits made by some energy firms.  The European Commission only just this week announced further measures it plans to tackle the energy crisis, including price caps on gas and further funding under REPowerEU. The suggested measures include two price caps to limit soaring energy bills. The first is a price cap on gas imports that would “demonstrate that the EU is not ready to pay whatever price for gas” and the second is is a temporary cap on the price of gas used to generate electricity. Among the measures also includes looking into complementary sources of financing to add to the funding available under REPowerEU to help countries build up pipelines, interconnectors, renewables and boost energy efficiency to wean Europe off Russian energy.

For transport,  there will be an update of the EU maritime security strategy, a new legislative proposal on the digitalisation of travel documents and the facilitation of travel, consultations on how to measure greenhouse gas emissions from transport and strengthening passenger rights, particularly for journeys involving more than one transport mode. On the subject of multimodality, look out for a new ‘Multimodal Digital Services initiative’ set to be adopted in Q1 of next year.

And that’s on top of the Commission’s Fit for 55 Package and Green Deal measures to decarbonise transport, which are on track to be delivered in 2023, completely changing the regulatory framework for transport in Europe, and setting the bar high for global standards.

No wonder an event organised by the British Government last week in Brussels, bringing together government and industry from the UK and EU, to discuss efforts to deliver our shared commitments to decarbonise transport, generated huge interest and was a great success.  UKTiE was there representing our members and we look forward to the next opportunity to promote efforts to move forward together to tackle our shared challenges.

1. First Meeting of the new European Political Community
This week was the first meeting of the European Political Community which will see leaders of 44 European countries gather in Prague in a new format searching for a purpose as multiple crises hit the continent. While the organization will look to carve itself out a role among a plethora of other competing international fora, leaders will start by meeting in Prague with a plenary session in the early afternoon before breaking up for roundtable discussions covering topics including peace and security, energy and climate, the economic situation, migration and mobility. The initiative envisages a network of European democracies cooperating on transport, trade, infrastructure, and security, while facilitating easier cross-border travel and France has said it hopes to find opportunities for cooperation in protecting critical European infrastructure such as pipelines, cybersecurity and energy supplies. UK Prime Minister Truss did a u-turn last week when she announced that she would be attending, months after telling UK MPs that she had no interest in this new organization. Her decision to take part could mark a new phase in the UK’s post-Brexit relationship with Europe.

2. COP 27 – time for a discussion on transport?
With COP 27 taking place next month in Egypt, attention has begun to turn towards what the outcomes of this year’s gathering will bring which COP 26 in Glasgow was unable to. According to a briefing on COP 27 by the Policy Department for Economic, Scientific and Quality of Life Policies at the request of the European Parliament’s Committee on the Environment, Public Health and Food Safety, it seems that international aviation and maritime will come under the scope with the EU pushing for ICAO and IMO toensure that international aviation and maritime transport make a fair contribution towards achieving the goals of the Paris Agreement and to continue reporting on their progress. Particularly, the EU position encourages the adoption of an ambitious long-term emission reduction target at ICAO and the implementation of further mitigation measures at IMO. As parties to COP enter the third phase of the Global Stocktake following the conclusion of COP 27, COP 28 next November will see the consideration of outputs stemming from the Global Stocktake take place. During this political phase,the implications of the findings of the technical assessment for updating and enhancing Parties’ efforts to tackle climate change will be addressed. Given the importance of such discussions, and with the transport sector well under the spotlight, discussions and agreements at COP 27 will be pivotal towards steering the conversation around the political phase of the Global Stocktake and any global measures that emanate from that.

3. European Parliamentary Research Service briefing on alternative fuels in transport
The European Parliamentary Research Service has published a briefing, titled ‘Alternative fuels in transport: Targets for deployment of recharging and refuelling infrastructure’. The briefing analyses the European Commission’s proposal to revise the 2014 EU framework for the deployment of alternative fuels infrastructure, and with the TRAN Committee voting on the file this month, this briefing comes at an opportune time to analyse what is being discussed. Going from Fleet-based targets for electricity supply for road vehicles, distance-based targets, hydrogen, LNG and shore-side electricity supply in ports, the briefing compares the Commission’s proposal with the TRAN Committee’s draft report.

8. UKTiE has also put together the latest timetable of key transport and supply chain developments in Europe. We will keep this up to date as the process develops: